Need to Share your life updates?
Need to Rant or Rave about something??
Feel Free to do so here!
Halloween Party YCH 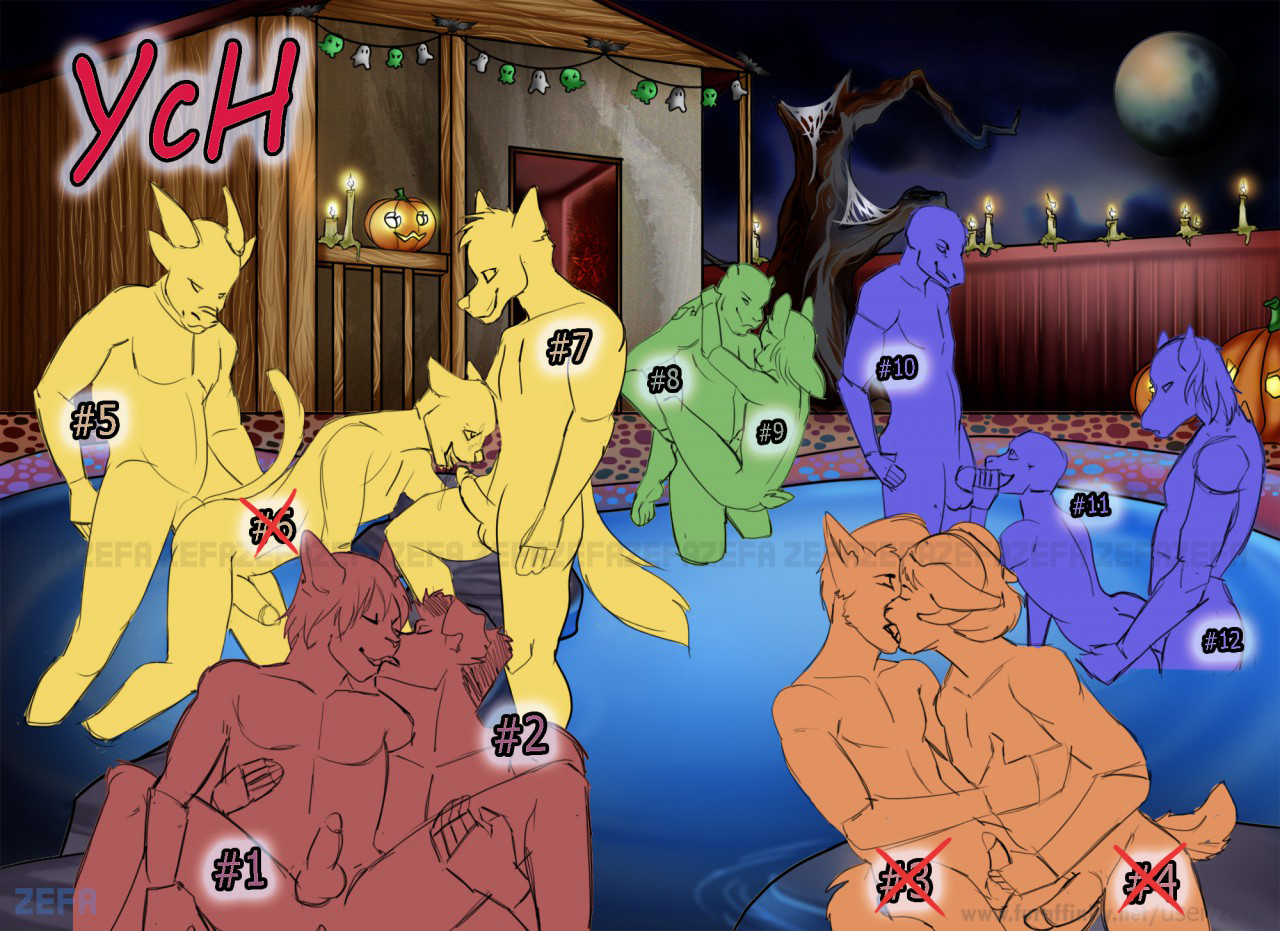 Hey, nows your chance to get art with me.

I have taken slot 6 of this YCH, so if you want to be drawn having fun with this kitten, bid on slots 5 or 7.
You may also bid on any of the other slots in the YCH to be drawn into the scene with me.

The YCH will be drawn by Zefa
Permalink

So, before I begin, I want you all to listen to this:
http://ranting-gryphon.com/Audio/Rants/2rant-badbehavior.mp3

Now I'm hearing that 2 is being called out as a bad person for not being PC.
But 2 is a _comedian_
How many comedians are PC?
(Hint, the answer is less than 1)

This is just the latest example of newer/younger furs shunning older furs/greymuzzles
Usually calling us creepy or some other thing to indicate our own bad beavior.
While these very same furs ignoring the consequences of their own actions.

Many of these new furs want "family values"
Or in other words, the same Christian beliefs that shunned the original furry fandom
Threw furries into a ditch to go die and rot in hell.
The same people who refused to teach furries any social norms
And therefore creating the problem we have here today.

2 called it out nearly 15 years ago.
So why are we being shunned now??

Well, its because we can see the truth of the fandom and fully embrace our natures.

Now before this escalates into a flame war
Please understand the following definitions:

kink
noun
1. a twist or curl, as in a thread, rope, wire, or hair, caused by its doubling or bending upon itself.
2. a muscular stiffness or soreness, as in the neck or back.
3. a flaw or imperfection likely to hinder the successful operation of something, as a machine or plan:
A. There are still a few kinks to be worked out of the plan before we start production.
4. a mental twist; notion; whim or crotchet.
5. Slang.
A. bizarre or unconventional sexual preferences or behavior. (Added: The behavior does not have to be sexual.)
B. a person characterized by such preferences or behavior.
verb (used with or without object)
1. to form, or cause to form, a kink or kinks, as a rope.
https://www.dictionary.com/browse/kink?s=t

So, the real issue here is that:

Newer Furs have tried so hard to pull away from their own nature (IE: Our oddities and the sometimes sexual side of them)
That those of us who helped build the fandom into what it is today is now being shunned by those who are taking advantage of the very community we built up to be open and welcoming.

Why?
Because they feel so butthurt over the media over-inflating the sexual aspect of the furry fandom and want to put a complete end to that viewpoint.
"NO FURRY ISNT KINK!!!"
"NO FURRY ISNT A FETISH!!!"

Hint: Furry is both by nature.  (Fetish, Kink, and Kink-normative does not have to be sexual by default, as per the definitions above.)
As all humans have some fetish/kink in their nature.  (Religion can be/is a fetish/kink.)

Newsflash
The media loves to focus on the "darker" side of things or fun sexual things
Because SEX SELLS and if you want your ratings to go up, you need to dig deep into that.
And the media needs high ratings to survive, so - get used to it.

All humans have this "dark side"
It's part of our nature.
Why must we bully each other for our differences when many of us joined the fandom to escape that from those humans around us?
So why can we not embrace our own nature and return to the open and welcoming fandom that us "original furs" have been fighting to create?

For those of us who are sensible furs can join me and our close knit group on Drako's Den and Playground:
We support the openess that the fandom was supposed to be.
Drako's Den: http://drako.furfag.net
Drako's Playground: http://drako.twilightparadox.com/

Leave a comment
Does this seem weird?
So, I dunno..
You all can openly discuss this here..

But lately I've found myself fantasizing about being a horse fursona's pet.
Being his good locked up kitten slut.
Doing as he wishes and desires, including those more primal desires.

So, do you think its strange or wrong for me to want to be an equine's pet?

If you are an equine, would you want a locked up kitten pet?
Permalink

Leave a comment
No longer trusting Adopts from FA...
So, recently, I was trying to bid on this guy:
http://www.furaffinity.net/view/30526875/

And placed a bid of $40 for the AutoBuy on him on Sunday Night.

DELETED the entire adopt with all the bids.
There were 3+ people bidding on him, and I was only one of them.

Then she re-uploaded the entire adopt and "extended" it till the 25th.
(Orginal Bidding was to end the 18th)

Only to END all bidding as soon as the first bid came in - which to my surprise - was the same exact person to have placed the minimum bid on him the FIRST time.  (Without giving the rest of us who were watchng a chance to re-bid.)

We called her out on it, and I have not only informed FA, but have sent in an official report to the FTC and FBI for further investigation on this matter.

I also sent her notes asking what happened since I did place the AB bid on the original.

She is just shrugging us all off.

So I feel that since this site has become nothing more than YCH's and Adopts these days that I will begin lowering my expectation of this site on being the community that the STAFF always claims it SHOULD be.

In that regards, while I am not leaving FA - I have been here far too long, and have had my fun with all the hiccups that happen here (considering that I do run an ACTUAL furry community site).

I do plan on no being as active on here as I once was, and I will continue my community outreach to get good quality folks onto Drako's Den so that we can have a safe community for furries without fear of being STOLEN from.

I also do not plan on participating in many, if any, YCH's or Bids on this site for adopts anymore - esp considering how fresh this is to me, and how this site now is only these things - without the legal backing that it NEEDS to prevent lawsuits.  (Since Bids on items are legally binding regardless of where you place them.)
Permalink